History of the WNBF

The first professional drug-tested bodybuilding contest was held on March 17, 1990 in Minneapolis, Minnesota. It was the WNBF Pro Natural Mr. Universe, and this event was quite unlike what we’ll see in 2014. In this inaugural event, there were no Figure or Fit Body competitors, and there weren’t even female bodybuilders! Thirteen men took the stage, and these 13 bodybuilders hailed from 10 different American states. The Federation’s regulations required that all of them were drug free for a minimum of five years. Specifically, steroids and growth hormones of any kind were prohibited, as were prescription diuretics and muscle implants. To verify this status, all competitors underwent both urinalysis and polygraph testing before competing. This type of testing protocol was the first of its kind in professional athletics.

Once all of the athletes were cleared to compete, the on-stage comparisons began and it became apparent that eight of the 13 were the Best of their time. A particularly outstanding or particularly poor posing routine in round three could determine the show’s outcome. North Carolina’s Gene Howell was the biggest man on stage, but his routine was uninspiring, which made it an easy call to drop him to third. This left Virginia’s Doyle Washington and Utah’s John Moore to duke it out for the top spot. John Moore did an elegant routine that highlighted his shoulder-to-waist differential and dense back muscularity, but Doyle came through with the most original and dramatically artistic routine of the night. Doyle Washington left Minnesota with $2,500, which was the first winner’s check ever awarded to a drug-tested bodybuilder. He achieved this distinction by a single-point victory over Moore, who received $1,500 for his runner-up placing. Howell’s third-place finish garnered him $1,000 and the remaining $2,300 for this event was distributed to the competitors that placed fourth through 10th. Included in this group were five men who would continue to compete and achieve legendary status in this initial era of the organization – Wayne Hammonds,Ondra Galloway, Curtis Payne, Ron Emmons and Jose Oliva.

Now the stage had literally been set. There were many eager eyes focused on the second contest to see how things would pan out. The Virginia Beach Pavilion was the site for the 1990 Pro Natural U.S. Cup on July 28. More than 700 spectators witnessed the WNBF’s second event, which was noteworthy for a number of reasons. This time, 20 athletes took the stage. These were not simply local athletes who took part because there was a show nearby. At the time, there were three amateur organizations through which an athlete could qualify and these were situated in distinctly different locations (California, Minnesota and Virginia). The other noteworthy occurrence at this show (actually a few days after it) was the disqualification of future IFBB pro Ken Jones, who had the dubious distinction of being the first WNBF competitor to fail the urinalysis test. Jones was flagged for stanozolol (Winstrol) and he received a five-year suspension (at the time, the eligibility requirements tested via polygraph were for five years drug free). This was proof that the organization meant business with respect to ensuring a playing field that was not skewed by pharmaceuticals.

Like the Universe, the U.S. Cup came down to a battle between John Moore and Doyle Washington and like the Universe, Washington got the win. Ondra Galloway and Ron Emmons moved up to third and fourth, respectively. The show also saw the debut of a bodybuilder that would be a mainstay of the organization for many years to come. Displaying the same mind-boggling definition that would make him the first WNBF World Champion four months later, Pennsylvania’s Mike McCloud took sixth.

Manhattan, N.Y. hosted the first Pro Natural World Championships on Nov. 17. More than twice as much prize money was awarded at this event, compared to the ones prior as 18 bodybuilders vied for $20,000. This included 10 females – the first time a WNBF show saw women take the stage. McCloud’s historic win at this event did not come easily as he and runner-up Galloway were tied for first and the victory was determined via tie breaker. Moore took third with Carlo Bercy and Jose Oliva rounding out the top five. On the women’s side, Judy Kalvin-Stiefel took five of the seven first- place votes to claim the $2,000 top prize in the first ever female pro bodybuilding class. The other two first place votes went to the woman who would soon become the first generation’s dominant female champion Kathi Harrison.

The 1991 Worlds saw the WNBF’s coming of age with no less than 34 men and 20 women taking the stage. And there was quality in addition to quantity as All American winner Terrence Bradich didn’t even make the top-17 cut! But Universe winner Johnny Green did and he added a World championship to his 1991 resume. For the ladies, Harrison made it two in a row. The ‘91 Worlds made a statement that the WNBF was here to stay and, that prophecy was spot on. During 1992 and ‘93, the WNBF would sponsor five more competitions including the all-new American Chiropractic Cup (in South Carolina and Washington, D.C., in ‘92 and ‘93, respectively), a return of the Universe (Detroit; 1992) and, of course, World Championships to end each year. The 1992 Worlds, which was held in Union City, N.J., saw 41 competitors from five different countries lock horns, which was a testament to the growth of the organization on an international basis. This worldwide presence was buoyed by contracts signed with foreign affiliates in 1991 (the ANBB in Australia and NBBUI in Italy) and 1992 (the ANB in Great Britain). The ’92 Worlds was also historical because successful IFBB pro Bernard Sealy, who had jumped ship and claimed victory at the Universe seven weeks earlier, took the World title. Harrison made it two Worlds in a row by besting 15 competitors including Karen Deo, who had won the other two contests that year.

In 1993, the Nippon Bodybuilding Federation became the official Japanese affiliate of the WNBF. On the home front, Kathi Harrison was back on top at the first show (the second American Chiropractic Cup). Harrison continued her dominance six weeks later by winning her third straight World title at the Hudson Theater in Manhattan. At this event, Harrison defeated 22 competitors, which was the largest women’s turnout to date. In the Men’s division at the ’93 Worlds, McCloud, Sealy, Washington, Green and Galloway all took the stage, but their placements (fourth, fifth, seventh, eighth and 15th) indicate that a changing of the guard was taking place. Indeed, Washington native Kevin Davidson became the fourth different World champion in the first four years of the organization when he won the $5,000 top prize in only his second WNBF outing. It was the runner-up who lost via tiebreaker to Davidson at the ‘93 Worlds that would be one of the key players in the golden era that was about to begin. You see, this contest marked the debut of WNBF legend Eddie Hernandez, who gained fame as “The Rock” when Dwayne Johnson was still a jabroni called Flex Kavana.

A changing of the guard took place in 1994 when what is generally considered the golden age of the organization kicked off in a very unusual way. Conspicuous by their absence in the WNBF’s first three contests were the ladies and, in fact, four of the first five competitions saw only men’s classes contested. However, from that point forward, a women’s division would always be part of the show including the first contest of ’94, which didn’t have any men! On June 11, 1994, a women’s-only bodybuilding contest called the Pro Natural Atlantic Coast opened the WNBF’s fifth year with 13 competitors battling for $4,200 in prize money at the Trump Taj Mahal Casino Resort in Atlantic City. In this very unique show, Karen Close, who had claimed runner-up spot at the World Championships the previous year, nabbed top honors via one-point decision over Sheila Bair, who was making her WNBF debut.

For the second contest of 1994, it was back to business as usual as both men’s and women’s classes were contested with $7,900 up for grabs at the Pro Natural Universe in Manhattan. But this show was also noteworthy because while the winners were each making their WNBF debut, both were far from rookies. Jose Guzman and Kathy Unger had previously competed at the highest level in untested competition in the Mr. and Ms. Olympia contests, respectively. Joining Bernard Sealy, Penny Price and Janet Tech as IFBB pro bodybuilders who had made similar decisions to switch affiliations in the preceding two years, the presence of these athletes was proof positive that the WNBF was making its mark on the bodybuilding landscape and a similar tale was being told at the amateur level. Specifically, unlike the WNBF’s initial years when pro qualifiers were staged by three different amateur organizations, during this period, the NGA took over with two huge shows. Indeed, the NGA United States and American Championships, which were held in Manhattan in May and October, respectively, will long be remembered as some of the most competitive amateur bodybuilding events ever. Classes that were 25 competitors deep were not unusual in these pro-qualifying competitions!

The second-place finishers at the ’94 Universe also had something in common as Californians Sky Wild Dixon and Will Willis claimed runner-up spots to Unger and Guzman, respectively. Willis had also been a successful bodybuilder in the untested circuit; however, he retired in the late ‘80s because he found he could no longer justify taking steroids. Consequently, he provided the perfect case study for the inclusive philosophy that the WNBF espoused, which was based on the notion that their drug-free alternative should provide incentive for steroid-using bodybuilders to change their approach as opposed to penalizing such individuals with a natural-for-life requirement. 1994 was also the year when the WNBF changed from the five-year drug-free requirement that had been in effect to a seven-year standard. This was based on the belief that any athlete who was still using drugs after a professional drug-free option became available should not be able to qualify for inclusion.

At the 1994 Worlds, Unger made it two in a row by defeating 18 women. Guzman could only muster a runner-up placement as he was bested by Colorado’sGary Gomez, who became the fifth different World champion in the five-year history of the organization. The ’94 Worlds was the most competitive WNBF show to date, and here’s another fact, this contest also marked the debut of another future World champion who was, at the time, the youngest athlete to ever compete on the WNBF stage. Indeed, 19- year-old Kai Greene began his pro career by finishing eighth at this show. 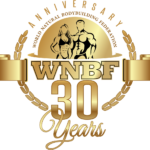 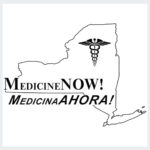